"Reality doesn’t care whether or not you believe it." 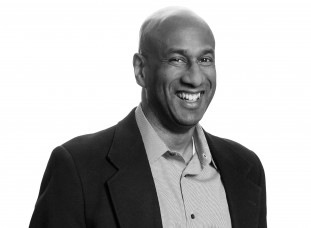 As the founder of UPD, Doug’s engagements have included large-scale management reform projects for a multitude of public sector agencies, non-profit organizations, and foundations. Those projects range from a top-to-bottom restructuring of the Detroit Public Schools, to the process design of a workforce development database for the Baltimore Empowerment Zone, to the creation of loan portfolio guidelines for the DC Department of Housing & Community Development.

Doug is an expert in change management, performance management, and continuous improvement having his own department “stat-ed” for three years under the original inception of Baltimore’s CitiStat model, and he was instrumental in the development of HousingStat and SchoolStat in Baltimore in the early 2000s. As UPD evolved the Stat accountability model to be more collaborative and implementation focused, Doug has conducted training and coaching to all types of public sector organizations across the country. Currently, Doug leads UPD’s practice area in the implementation of antiracism, diversity, equity, and inclusion initiatives.

Doug’s expertise was developed as an executive leader within local government agencies. Prior to starting UPD, he was the Chief of Staff of the Baltimore City Public Schools, the Deputy Commissioner of Baltimore Housing, Interim Chief of Programs & Policy for Empower Baltimore Management Corporation, and a Management Analyst for the Oakland City Manager’s Office. He also worked in small business and commercial lending for several years.