Going the Distance: What Analysts Can Learn from Boxers 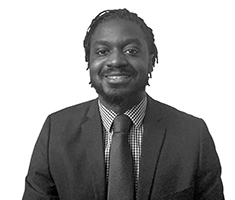 As public sector organizations grapple with changing operational models to meet the demands of a significantly evolved world—especially around systemic equity—analysts can gain a lot of perspective from a boxer’s approach to maintaining and improving their skills.

The evolution of the data analytics field is sure to come along with new, more sophisticated technologies and skills that organizations should and must lean into. However, keeping some of the core practices and tools that drew most of us to data in the first place (white boarding, spreadsheet exploration, etc.) as a core component of an analyst’s practice can yield powerful results as organizations pursue their various, vital missions and directives.

One of the most important principles drilled into boxers’ heads during their early days in gyms is that the outcomes of matches are determined long before either participant steps into the ring. While the average length of a boxing match is 17.7 minutes, professional “training camps,” where boxers spend time honing their skills for the main stage, typically last between six and eight weeks. So most boxers spend weeks preparing exclusively for a contest that will last on average less than six three-minute rounds.

A similar paradigm exists within the world of data analytics, particularly in the public sector. It’s not unheard of for a six-month long data analytics process to culminate in a one-hour presentation. Similar to boxers, data analysts’ success under the “big lights,” regardless of the time spent under them, is heavily influenced by the extent to which they’ve engaged in rigorous but intentionally designed conditioning plans before their work ever sees the light of day.

The boxing gym is a top contender for having evolved the least over time. They’re typically bare bones, consisting of a ring, punching bags, a few cardio machines, and lots of open space for calisthenics and shadow boxing.  You’ll rarely come across sophisticated machines, weights or sparkly facilities. That simplicity is incredibly intentional. In the ring, boxers are responsible for carrying every piece of weight for the entire duration of the bout, whether it be water, fat or muscle. Within seconds of the opening bell chiming, it’s very common for boxers to start regretting every cheeseburger they’ve eaten in the last year. This is why calisthenics (pushups, burpees, squats, etc.), flipping tires, and other bodyweight exercises that have existed for centuries reign supreme in boxing gyms.

A similar concept can be applied to conditioning regimens for data analytics in the public sector. Even as the tools at our disposal continue to become more sophisticated and effective at producing incredible results, there is still value in analysts centering the basic tools and practices they used when learning to crawl in their continuous conditioning routines. Think of composition books, whiteboards and pivot tables as the data analytics’ equivalent of boxing’s calisthenics. While the goal for most ideas and activities is to be incorporated into a more polished report or sophisticated platform, the vast majority of fledgling concepts begin as a sketch or pivot table fishing expedition.

A more basic data analytics conditioning routine also achieves the important goal of bringing more people into the fold. Because pen and pad, whiteboards, and spreadsheets are used regularly by a much wider group beyond analysts, they can be used to communicate out key messages and concepts better than code or technical documentation. By continuing to incorporate these practices and tools into regular analytics conditioning, public sector analysts can reduce some of the barriers to entry for those who really want to engage in the data analytics work but may feel intimidated.

It also helps hone the analyst’s communication skills by providing continuous practice with conveying thoughts and ideas via these more accessible means.