Leading with Impact: How companies are implementing ADEI initiatives to open doors to success. 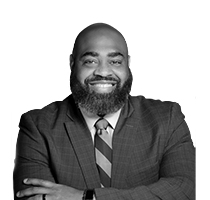 My grandfather was a civil rights leader in San Antonio, TX. He was instrumental in desegregating lunch counters and movie theaters in 1965. He was motivated by a simple but noble goal for Black girls and boys: “As I deserve, so shall it be; as I merit it, the door is open. Just by accident of birth, I’m not hindered or barred.” It’s ironic that almost 56 years later this statement represents the same approach needed to ensure Antiracism, Diversity, Equity, and Inclusion (“ADEI”) initiatives have the intended and lasting impact.

ADEI can be a treacherous landscape for well intentioned organizations who must navigate creating spaces that are diverse but also take the important next steps of balancing power and allowing employees to be respected, seen and heard. As companies begin this journey it is important to understand: “Why is ADEI important for organizations?”, “Who is finding success?” and “How does it affect the bottom line?”

Why is ADEI important for organizations?

Simply put, creating environments that encompass ADEI initiatives promotes engagement, innovation and productivity in the impacted workforce. However, these shifts should not only be seen at the staff and lower management levels. According to Mckinsey and Company’s 2018 report Delivering through Diversity, “companies with the most ethnically and culturally diverse boards worldwide are 43 percent more likely to experience higher profits.”

Additionally, there is a need to focus on the full spectrum of ADEI. Too often organizations focus only on diversity without addressing racist, inequitable and noninclusive practices that are foundational in the ways opportunity and power are delegated in traditional business settings. ADEI must also be seen as more than an “one-off” initiative; it must be continuously nurtured in order for companies to truly see the desired shifts.

Who is finding success?

Companies have taken a myriad of approaches to ADEI work. This ranges from initiatives that give back to underrepresented communities, public statements promoting equity, more diverse recruiting and retention strategies, and changing systems to ensure that all stakeholders have access to success.

In the wake of George Floyd’s Murder, many corporations pledged funds to fight systemic racism. In total over 50 billion has been pledged by America’s 50 largest corporations. Some of the top contributors include Google, Johnson & Johnson, Facebook, Bank of America, Cisco Systems and Comcast. Another trend that emerged was Black Lives Matter public support statements which were made by companies such as IBM, Microsoft, Salesforce, Cisco, Uber and more.

Proctor and Gamble is an example of structural change that impacts business practices. Their “We See Equal” Campaign combats gender bias in the company. By creating a more equitable workplace they have increased the proportion of women in management to 45 percent and a third of their governing board.

SAP stands out as an exemplar among big corporations. The software giant ranked #1 on the 2020 Forbes Best Employers For Diversity List (They also ranked #9 in 2019). They use internally focused analytics to build initiatives, professional development, and to allocate resources that foster change. The company has adopted a philosophy that “Intelligence is equally distributed but opportunity is not.” One strategy that has allowed SAP to make strides is Diversity and Inclusion networks which have an 80 percent rate of participation among their 25,000-person US workforce. These networks represent Black, Latinx, LGBT+, female-identifying, veteran, and disabled employees. Another is co-op programming for recruitment from Historically Black Colleges and Universities and Hispanic Promise programs. These pipelines create accessible pathways for underrepresented communities and introduce previously untapped and innovative talent pools into corporate America.

How does it affect the bottom line?

Current data suggests that companies who take authentic approaches to ADEI are finding greater success. For example, three of the top eight companies on Fortune‘s fastest growing global 500 are companies that made strides in ADEI work and each also made public Black Lives Matter statements (Alphabet/Google, Facebook, Netflix). Mckinsey and Company found that companies in the top quartile for ethnic and cultural diversity among their executive staff were “36 percent more likely to achieve above average profitability.” While those companies at the bottom were “27 percent less likely to achieve profitability above the industry average” using median EBIT margins as a baseline for the study.

In starting this journey, companies must understand that there is no silver bullet. This work will be arduous and uncomfortable, it will call for all involved to operate in a space where we use “mirrors and windows” to gain perspective. With this we can move towards making informed decisions that create a space where all stakeholders can be great, “just by the accident of birth.”