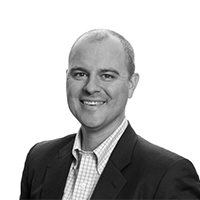 As I sat down to write this entry, my day was interrupted most unusually.  Doug texted me the picture to the left.  The caption said simply, “Say hello to 26th street and the railroad track.”  In the picture I saw the same view I see every work morning from the “Big Table” here at UPD where many of us sit.  After more than 4 inches of rain over 36 hours, the ground right outside our office gave way taking more than a dozen cars and half the street with it.  If you watch the video (found below) of the ground as it collapses underneath the cars, you will see that it left the wall with nothing to hold, and fell under its own weight.  The stories on the news have since revealed that the neighborhood has know this was a problem for years, but their complaints and concerns met a deaf ear in the city and with the rail company.

It’s hard to see such a calamity and think not metaphorically about my originally intended subject: the collapse of inBloom. inBloom was, in lieu of a more boring technical description, a cloud based data integration technology, that would enable districts and states to connect their data to an “app store” of programs and dashboards that could sit on top.  The vision was a seamless and less expensive way for teachers and principals to gain easy access to data about their students.

inBloom was a very big deal.  Started in 2011, several big funders and education heavies devoted their credibility and more than $100 million to try to make it successful.  Their efforts succeeded in garnering several state and district partners.  But since its inception, consumer groups, parents, and privacy advocates have worried that placing their students data in the hands of a third party would not be safe.  Or worse, inBloom might “sell” their student’s data to the highest bidder.  Then came Edward Snowden, and what was a niche news story went prime time.

If you look at the technology within inBloom that transfers and stores data in the cloud, the critics did not have much of a leg to stand on. inBloom’s data protection technology is as good or better than just about any existing state or district.  If you look at inBloom’s license agreement, parents and privacy advocates had more explicit protections than they have now with many student data systems.  What caused inBloom to collapse as quickly as the wall outside my window was more fundamental: trust.  As citizens, we trust districts and states with our students’ data.  And for all of inBloom’s technical explanations on the security of the data, they never made the case that we could trust them as an organization.  With the withdrawal of Louisiana, New York, Colorado, and several districts, nothing could hold inBloom up.

Over the past year at UPD, we’ve done a lot of work with the Ed-Fi data integration and dashboard suite.  We successfully rolled out the system for the entire State of South Carolina in about nine months (public dashboards here) and are very excited to start work with the Cleveland Metropolitan Public Schools to implement Ed-fi there.  Ed-Fi is very different than inBloom, even though they both utilize the same underlying data model.  Based on extensive research on what teachers and principals say they need, Ed-Fi provides a set of powerful data integration and dashboard tools that a district or state can download for free.  Rather than shooting data up into the cloud, Ed-Fi lives where most people already trust, in the data centers of the district or states.  19 states and more than 7,000 districts have licensed Ed-Fi.

The tragedy of inBloom is that it was a great idea ahead of its time and stood to do a lot of good in education.  But the protectors of the status quo should see no victory in its collapse.  Teachers and principals are clamoring for better information to help their students.  Ed-Fi seems ready to pick up where inBloom left off, and do so with the trust this work requires.